Engine Repair In Prince George, BC 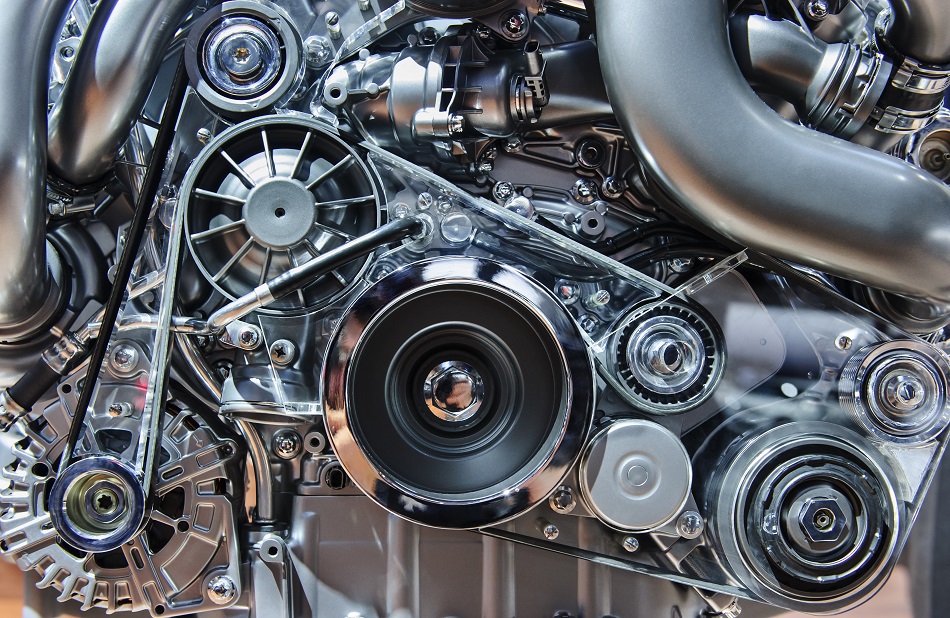 How Does an Engine Work?

Acura, Alfa Romeo, AMG, and Aston Martin may have different types of engines inside them, but they all work the same way. Simply put, an internal combustion engine (the engine found in vehicles) is a heat engine that converts energy from the heat of burning gasoline to mechanical work or torque. The torque is applied to the wheels, which make your car move. Engines have pistons that move up and down metal tubes called “cylinders.” Pistons are connected to a crankshaft via rods and move up and down to power the crankshaft, which then powers the wheels of your car. Vehicles will have between 2 and 12 cylinders in their engines.

An engine's pistons are powered by thousands of controlled explosions created by mixing fuel with oxygen, thus creating combustions. The heat and expanding gases from these small explosions push down on the piston in the cylinder, causing movement. Engines need air (namely oxygen) to burn fuel. During the intake stroke, valves open to allow the piston to act like a syringe as it moves downward, drawing in ambient air through the engine's intake system. When the piston reaches the bottom of its stroke, the intake valves close, effectively sealing the cylinder for the compression stroke, which is in the opposite direction of the intake stroke. The upward movement of the piston compresses the intake charge. We at Rivers Edge Services in Prince George know all about how engines work and can make the appropriate repairs as efficiently as possible.

How Do I Know If My Engine Needs Repairs?

A vehicle’s engine is an intricate machine that is fundamental to getting you from one destination to another. Because of this, you should not ignore any issues with your engine. Bringing in your vehicle for smaller engine fixes rather than waiting for a larger problem to occur is always a good idea. This way, you prevent severe damage from happening and costing you a lot more. If you are concerned about the health of your engine, you can bring your vehicle to Rivers Edge Services in Prince George. We specialize in Automotive Repair, Brake Repair, as well as engine repair. We can determine if the problem lies in your engine head gasket, exhaust system, catalytic converter, or something else.

Here are some of our tips for preventative maintenance to keep your engine running smoothly and avoid major problems:

Some warning signs of a faulty engine include:

Your vehicle’s Check Engine light is on - This light turning on could mean the oxygen sensor needs replacing, the catalytic converter is damaged, the fuel cap is loose, or something else. Whatever the reason is, a Check Engine light should not be ignored.

The engine does not start when you turn your key in the ignition - This usually indicates a problem with the way your engine processes fuel.

Your vehicle is consuming more fuel than usual (you are getting fewer miles per gallon) - You may be tracking fuel economy with the onboard gauges or by the distance driven between fill-ups. Regardless of the method you're using to track fuel economy, if your mileage is dropping, call Rivers Edge Services to diagnose the issue.

You feel shaking, pulsating, or other strange movements- Shaking, pulsating, vibrating, and other strange sensations in your car, truck, or SUV are never a good sign. It could be an engine issue that requires engine repairs or something else. Whether it's coming from under the hood or elsewhere, call Rivers Edge Services today.

You hear strange noises - Grinding, popping, clanking, or clunking coming from your engine compartment could be a sign that your car, truck, or SUV needs major or minor repairs. Regardless of the issue, if it's causing an abnormal noise, it will not improve on its own. Also, ignoring these noises could lead to much more costly repairs. Give Rivers Edge Services a call at the first sound of knocking, popping, or grinding under the hood of your vehicle.

Whether you would like to bring your vehicle in for preventative engine maintenance or a more extensive engine repair, we at Rivers Edge Services in Prince George can take care of all your auto repair needs.

Your Reliable Shop for Engine Repair

Having engine troubles can be daunting, but at Rivers Edge Services, we can ease your anxieties. Serving communities in BC, Hixon, BC, Isle Pierre, BC, Mackenzie, BC, Iworth, BC, Nukko Lake, BC, and the surrounding areas since 1993, our Quality technicians have a vast amount of knowledge on different types of engines. Not to mention, we provide thorough, high-quality service that will get you back on the road as soon as possible.

In addition to engine repair, we also perform services such as scheduled maintenance or general auto repair. If you are in the V2N 1B2 area or nearby, we'd love to see you stop by. Feel free to schedule an appointment with us online at https://riversedgeservices.ca/ or give us a call today!